Whether it's surf, sand or walking the clifftop trails that are scattered throughout our special part of the world, the coast and Gulf of St Vincent has a stronghold over the McLaren Vale wine region.

The proximity of the Gulf to vineyards and the sheltering protection of the Mount Lofty ranges plays a very important role in moderating the climate of the region, it is largely responsible for many of the climatic differences experienced through the seasons and the favourable wine growing conditions we enjoy.

Characterised by warm summers and moderate winters, the six beaches within the McLaren Vale wine region GI are beautiful to visit all year round.

The Aldinga Reef, which has been a protected area since 1972, is recognised as one of Australia’s best dive sites. Its abundance of colourful reef fish makes it a favourite with SCUBA enthusiasts. Fishing from boat and beach is popular in the region and continues to be available in most of the park. (Source website: environment.sa.gov.au).

South Australia's mid-coast stretch of surf, or "the mid" as its known by locals reaches from O’Sullivans Beach to Sellicks Beach and is known to have a break or two that deserve some attention for those with a board and some time to hang ten.

Food and dining on the coast

Star of Greece - a definite local (and long standing) favourite, offers dining with spectacular views over the Port Willunga clifftops. There's nowhere better to enjoy a cold glass of something delicious, locally-caught seafood and the sun setting over the ocean - romantic!

A little further up the road is The Victory Hotel, owned by publican and proud local, Doug Govan. The views overlooking the region and down the Gulf of Saint Vincent are enjoyed any time of year, but especially when seated outside in summer at sunset! 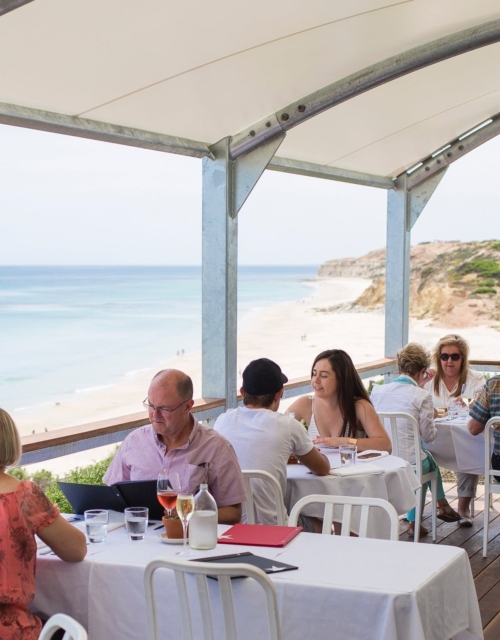